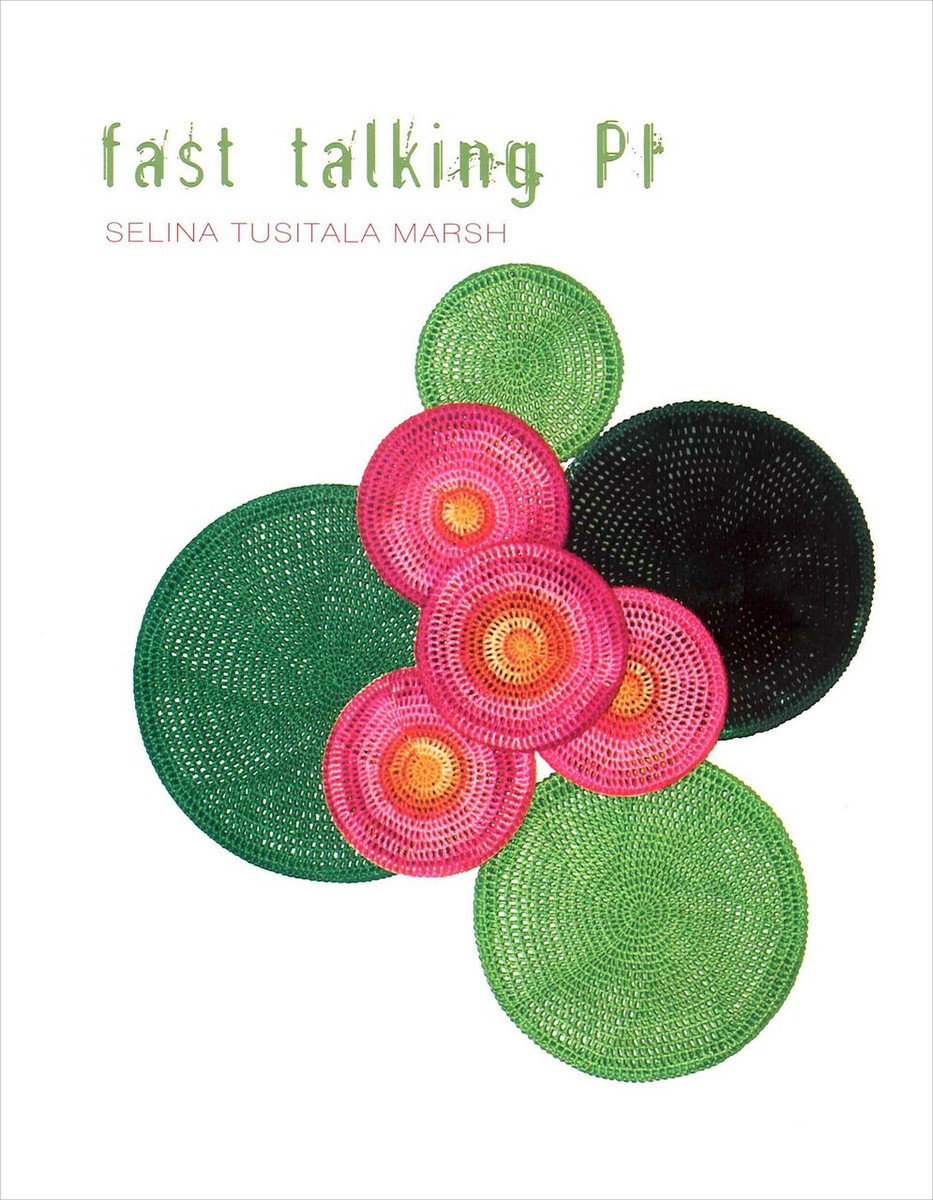 Fast Talking PI is the first ‘singular, confident and musical’ collection of poetry by Auckland writer Selina Tusitala Marsh. ‘Tusitala’ means writer of tales in Samoan, and Marsh here lives up to her name with stories of her life, her family, community, ancestry, and history. Her poetry is sensuous and strong, using lush imagery, clear rhythms and repetitions to power it forward. The list poem is a favourite style, but she also writes with a Pacific lyricism entirely her own.

Fast Talking PI is structured in three sections, ‘Tusitala (personal), ‘Talkback’ (political and historical) and ‘Fast Talking PI’ (already a classic). In poems like ‘Guys Like Gauguin’ she writes as a ‘calabash breaker’, fighting back against historic injustices; but in other poems she explores the idea of the calabash as the honoured vessel for identity and story. Ultimately, though, Marsh exhorts herself to ‘be nobody’s darling’, as a writer she is a self-proclaimed ‘darling in the margins’, and Fast Talking PI proves it – a generous work that will thrill readers; ‘a map in our arms / to get us over the reef’; and a tremendous first book.

Dr Selina Tusitala Marsh is of Samoan, Tuvaluan, English and French descent. She was the first Pacific Islander to graduate with a PhD in English from The University of Auckland and is now a lecturer in the English Department, specialising in Pasifika literature. Her first collection, the bestselling Fast Talking PI, won the NZSA Jessie Mackay Award for Best First Book of Poetry in 2010. Marsh represented Tuvalu at the London Olympics Poetry Parnassus event in 2012; her work has been translated into Ukrainian and Spanish and has appeared in numerous forms live in schools, museums, parks, billboards, print and online literary journals. As Commonwealth Poet (2016), she composed and performed for the Queen at Westminster Abbey. She became New Zealand's Poet Laureate in 2017.

Marsh’s first book of poems is bold, fascinating, foolhardy, risky, on-the-edge stuff – but it seems to work. Her poems leap and twist with the dexterity of buzzing UFOs hanging around the Pacific. – Hamesh Wyatt, Otago Daily Times

Lovers of poetry will celebrate the arrival of another Pacific literary gem . . . – Pacific Starmap

Writing about love, life and other things that matter, Selina Marsh is one of the “calabash breakers”, crossing boundaries, sailing by the notes of her songs. – Gregory O’Brien, Metro